he Belleville Cemetery Company is a non-profit, plot-owner owned facility providing a full range of interment options for the residents of Belleville and district; incorporated in 1872. The cemetery also provides cremation facilities for the surrounding area through its on-site crematorium. 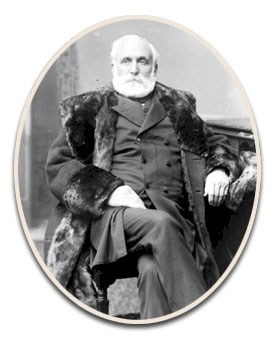 Bowell was born in Rickinghall, England in 1823 and at the age of nine, immigrated to Canada where he grew up in Belleville, Ontario. Bowell married Harriet Moore (1829-1884) in 1847 and was father to nine children (four sons and five daughters).

At a young age, Bowell was apprenticed as a “printers devil” with the Belleville Intelligencer the (still current) local newspaper. In 1848 he became the editor and later the owner. In 1858, he enlisted in the Belleville Rifle Company and served from 1858 to 1872, retiring as a Major. His company was engaged in guarding the border of Upper Canada during the American Civil War. He joined the Orange Order of British North America at the age of nineteen, eventually serving as Canadian Grandmaster in 1870. Bowell was also instrumental in the establishment of this cemetery and served for many years on the Board of Directors.

1867 saw him elected to Parliament in the new country of Canada representing the riding of North Hastings, a riding he held for twenty-five years. In 1878, he became a member of Sir John A. MacDonald’s cabinet and over the next few years handled various portfolios: Customs, Militia and Defence, Trade and Commerce, finally becoming President of the Privy Council. In 1892, he was appointed to the Senate and after the sudden death of Sir John Thompson; he was appointed Canada’s fifth Prime Minister. He was knighted in 1895. As all Prime Ministers do at some point in their careers, Sir Mackenzie found himself promoting a policy that was contrary to his personal opinions. The Nation and the Government were seriously divided over the Manitoba Schools Question and his attempts to remedy the situation met with conflicting loyalties in his own cabinet. As a member of the Senate, he could not argue for his policies in Parliament. He struggled with descent within his party and cabinet. After the appointment of Charles Tupper to the cabinet, Sir Mackenzie agreed to resign in favour of Tupper in 1896. Mackenzie Bowell remained a Senator until his death in 1917 at the age of 93. He is now resting in Plot “O” along the Bay of Quinte. 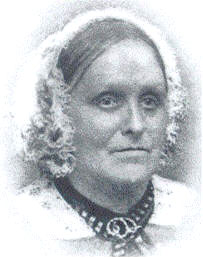 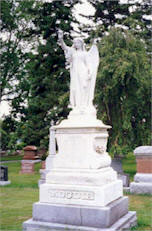 Susanna Moodie is one of Canada’s best literary classic writers. A prolific writer of poetry, short stories, articles and novels, she is best known for Roughing It in the Bush, a personal narrative of her immigration to the Canadian wilderness.

Susanna was born near Bungay, Suffolk England on December 6, 1803. She was the youngest daughter and one of eight children born to Thomas and Elizabeth Homer Strickland. In 1808, the family moved to Reydon Hall, near Southwold in Suffolk. Susanna’s first story, Spartacus: A Roman Story was published in 1822 when she was 19 years old.

Susanna Strickland married Lt. John Wedderburn Dunbar Moodie in London in April 1831. The Moodie’s lived in London for a short time before moving to Southwold, where their first child was born. In July of 1832, seeking a more financially secure future, they immigrated to Canada, and bought a partially cleared farm near Cobourg, in Upper Canada. In 1834, they sold the farm and moved to the wilderness area north of present-day Lakefield. As an experienced military officer, Dunbar was called away to serve in the militia during the Mackenzie Rebellion of 1837. In 1839, Dunbar Moodie was appointed as the first Sheriff of the newly established County of Hastings. Susanna and their five children moved to Belleville in 1840. In Belleville, they had two more children. Tragically, one of their sons, five-year-old John, drowned in the Bay of Quinte. Another son died shortly after birth and they are both interred with their parents in Plot “P”. 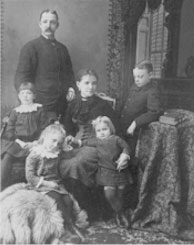 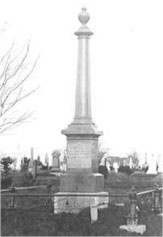 Born June 11, 1843 in North Waterford, Maine. Samuel Thomas Greene was a native of the State of Maine, and Ontario’s first deaf school teacher. Greene taught for 20 years (1870-1890) at the Ontario Institute for the education and instruction of the deaf and dumb (now known as Sir James Whitney School for the deaf). Greene died on February 17, 1890 in a boating accident on the Bay of Quinte. He is now at rest in Plot “P”, nearby Susanna Moodie’s stone.